As previously reported we went up to the mechanics to find out the prognosis on the engine. They had taken the cylinder head off and found that we would need a new head, a new piston and a probably new crankcase. They spoke to Volvo who informed that a new engine would be a similar cost and the labour would be more.

Consequently, we have bitten the bullet and ordered a new engine. They are trying to fast track the engine to Brest as they realise we would like to get moving as quickly as possible. Hopefully, the work might be completed by next weekend, June 8th but dependent in arrival of engine. Volvo are doing a special deal on the replacement so it is not as expensive as it could have been. Just as well Jo has had a tax refund and Liz has recently sold some shares. 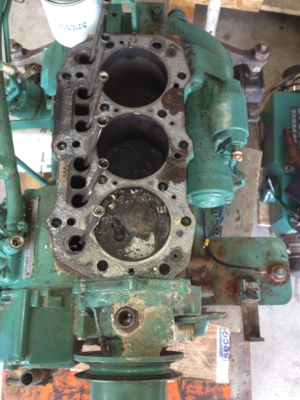