So, with the bank holiday over, a phone call to the engine people was made this morning to check that they were coming to remove the engine to their workshop. Speaking to the owner, he said that probably at 1100 they would come and move it but he had to make a phone call first. At 1100 the berthing man from the harbour office turned up in his dory (it’s like a rib but solid) to move us to the slipway so that we could tie up against the wall and they could then bring a fork lift truck to the edge and lift the engine out. It then became clear why 1100 as it was high water at 1200 so would give us enough depth to get there and back into our berth. 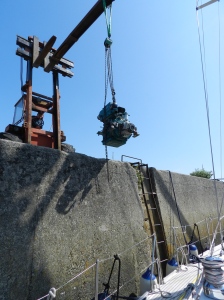 They duly removed the engine and we checked with them that they would be checking the engine this afternoon so it looks like we will be “popping” in about 1600 to check on progress and also the prognosis. In the meantime, we will get the dinghy out and clean the side of the hull away from the pontoon that we didn’t manage on Friday. After that we may well go for a little trip in the dinghy to explore a nearby river. It is a gorgeous day here, hot with no wind so a great day for being outside.

We thought you might like to see pictures of the three tows to date as you can imagine  Liz was capturing it all for prosperity! 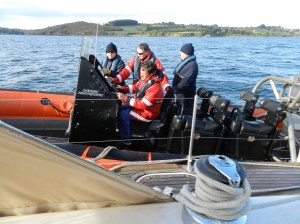 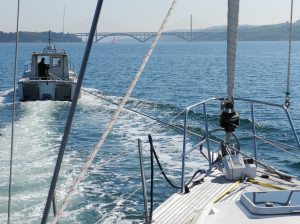 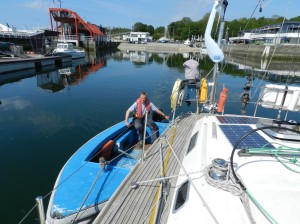 1 Response to Third tow and counting