The Palace of Alhambra is situated in the region of Granada, some 400km inland from Rota and dates back to the 9th Century as a fortress and the 14th Century as a Moorish palace. It is an amazing place that perfected the art of irrigation so that it appears to be an oasis in a desert. We stayed in the Palace of Charles V, Holy Roman Emperor, which was built in 1527. The Palace of Charles V is now a Parador and we were very lucky to be able to reserve 3 rooms in August, the height of the season. The heat was stifling at over 40 degrees but the inside was incredibly cool and peaceful. We had dinner on the hotel terrace overlooking the lush gardens and then toured the actual palace the next day. If you ever get the chance to go, you will not be disappointed! 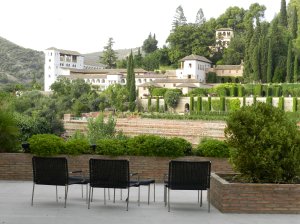 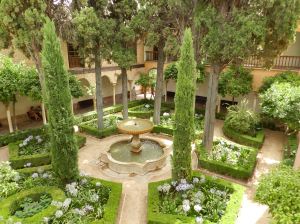 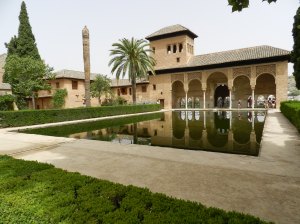