Whilst at Rota, we took the opportunity to visit Seville, the fourth largest city in Spain. It is a truly beautiful city with fabulous architecture, a cathedral,  and the amazing gardens of Alcázar, the Moorish Palace. Seville gained a lot of wealth during the “Age of Discovery” when Spanish ships returning from the Americas had to off load their cargo through Seville.

The cathedral of St Mary was completed in the 16th Century and is sited next to the Giralda Tower, originally a minaret that became a bell tower.  It is also boasts the tomb of Christopher Columbus, which is in fact empty. 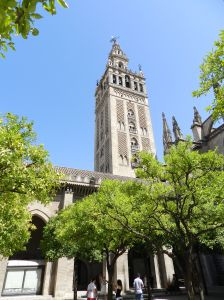 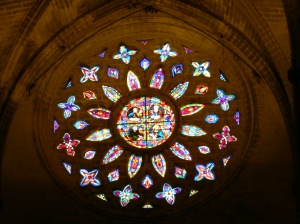 The Palace of Alcázar dates back to the 12th Century but it took 500 years to complete and encompasses many architectural traditions. The gardens are a welcome relief from the heat of Seville and are incredibly tranquil, given that they are a stone’s throw from the hustle and bustle of the city. 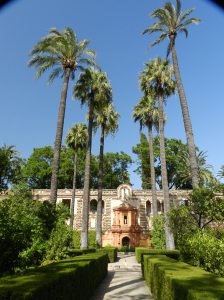 It also had an exposition in 1929 when many of its fine buildings were built in and around its stunning parks. The horse drawn tour was remarkably good value for money. We ended the day by driving past the bull ring. 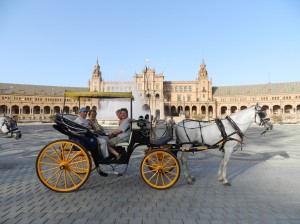 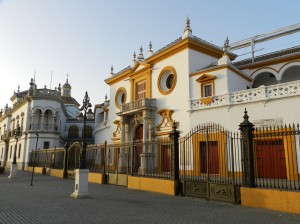 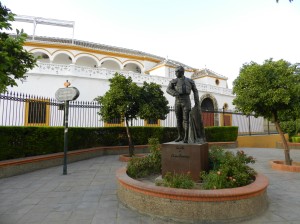