So near yet so far

We decided to stay in Scilla (pronounced Shilla) another day as the forecast was for strong southerly winds going through the Messina Straits and that would mean we would be fighting waves and wind. Instead we had a lovely lazy day doing chores around the boat and then went into the town for a light supper. It is a fabulous place that relies on swordfish and tourism. They have these swordfish boats that are hauled up onto the hard or, in some cases, onto their own parking lot! The local fishermen’s houses are right by the harbour edge and are now an array of bars and restaurants catering for tourists. It is still very quaint with narrow, cobbled streets. We, of course, had to try the swordfish and we were not disappointed. It wasn’t very expensive either so winners all round!

This morning we got up early to make the tidal gate into the Straits and were on our way by 7am. As you know, the Messina Straits are very busy and in places only just over a mile wide. This was not the time for the AIS not to work! (this tells you where boats are and what speed they are doing but, more importantly, whether you are on a collision course!). Luckily, it wasn’t very busy and visibility was okay so we managed to get through okay. The wind was on the nose (again) so we weren’t able to sail for the first few hours as we didn’t fancy tacking in front of huge tankers. We did manage to sail for a while once the Straits opened up but then the wind died so we had to motor. Typical! At one point we thought that Liz had finally caught a fish off the back of the boat but the excitement was short lived as it turned out to be a large sheet of plastic. Still, it meant that it didn’t get wrapped around ours or anyone else’s prop.

We had intended picking up a mooring buoy in Taormina Bay but the swell was awful so it felt like we were in a washing machine – not exactly conducive to a good night’s sleep. Consequently, we moved across the bay and are now safely anchored behind a harbour wall out of the swell and in front of the beach. Lovely.

Pictures below of the swordfish boats, Liz in the bar overlooking the harbour, Giardini Naxos, one of our neighbours and our track today. 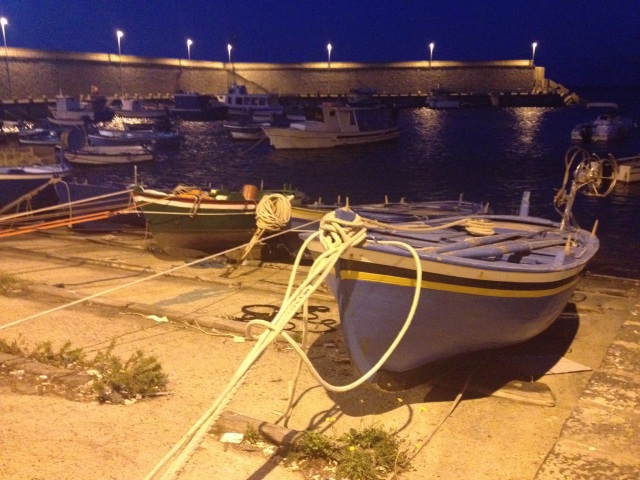 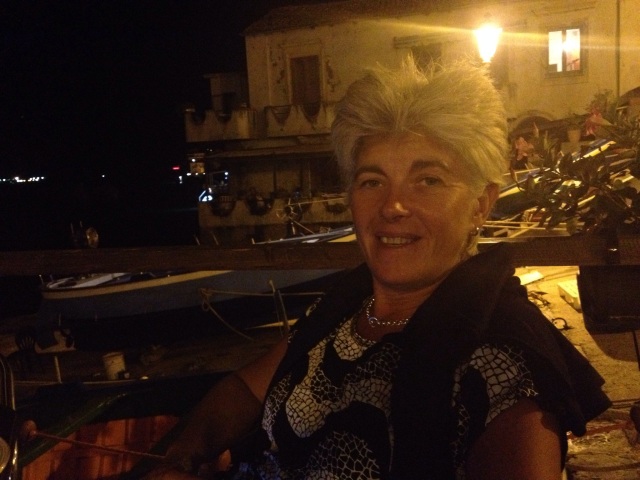 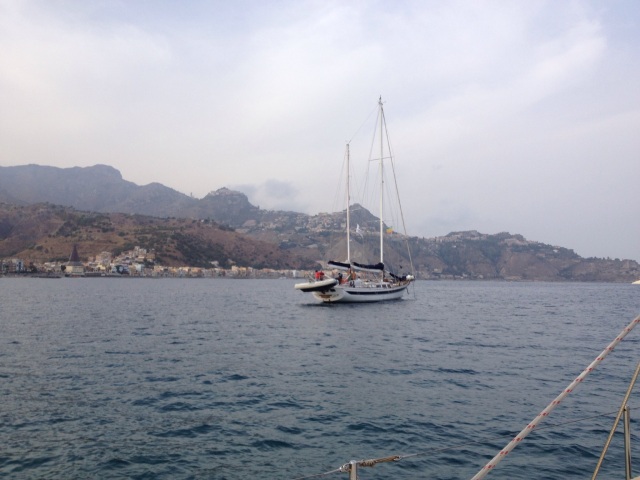 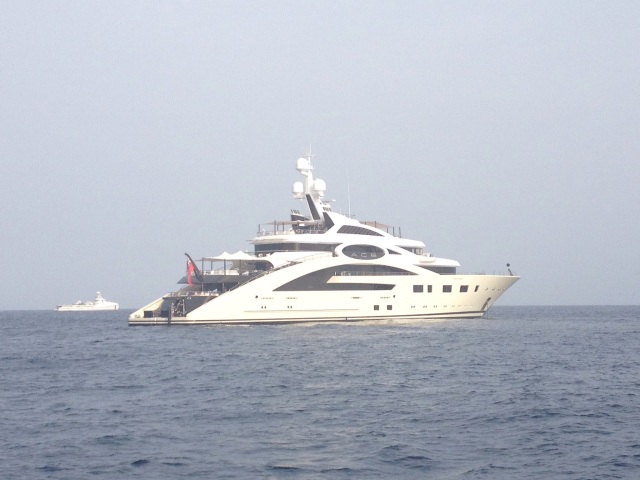 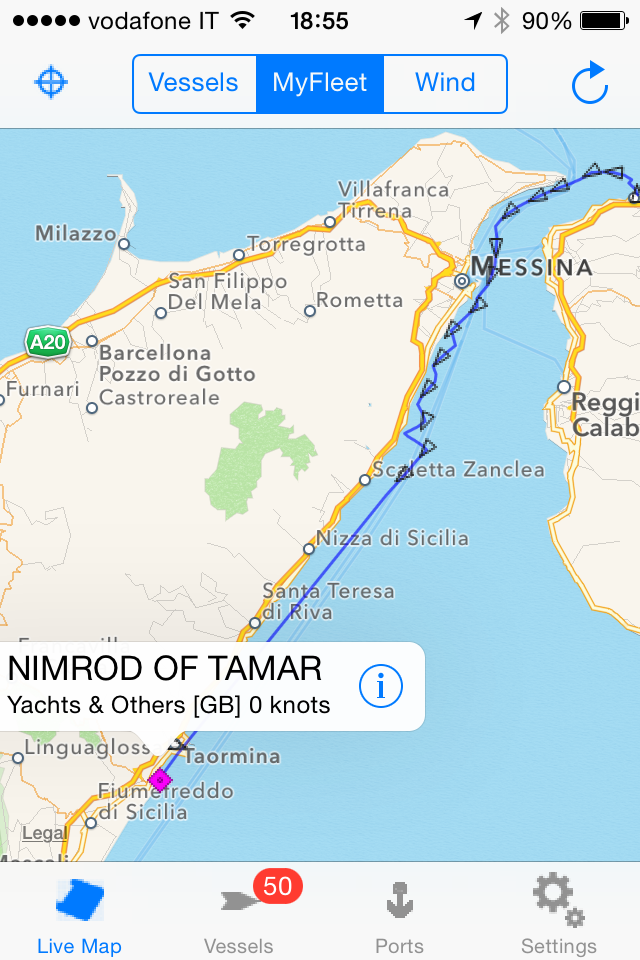 1 Response to So near yet so far