As we were stuck in Kalamata for a few days, we took the opportunity to hire a car on one of them to visit the places we missed by having to leave Navarino Bay. Some 20 km northwest of the Pilos is Nestor’s Palace. It was destroyed by fire in 1200BC and rediscovered in 1939. The Mycenaean palace looks over the bay from a hilltop where the authorities have recently built a suspended walkway and roof so that you get a much better perspective of the layout. The palace features in Homer’s Odyssey when Odysseus’ son, Telemachus, seeks out Nestor for news of his father. He is taken to the palace where he is bathed by Nestor’s youngest daughter. We saw a royal bath but whether it was the same one, who knows?! 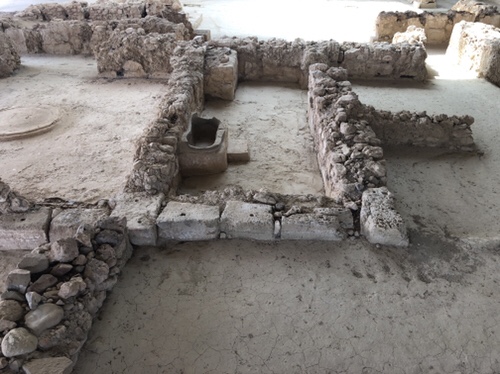 Then onto the beaches where we had lunch at the delightful Kookoonari beach bar on the coast just north of Navarino Bay. It was quite nice that it was cloudy as it has been so hot here for the last month.

This was followed by the fabulous Voidokilia Beach with its semi circle of sand overlooked by Nestor’s Cave. Apparently, Nestor kept some cattle there. 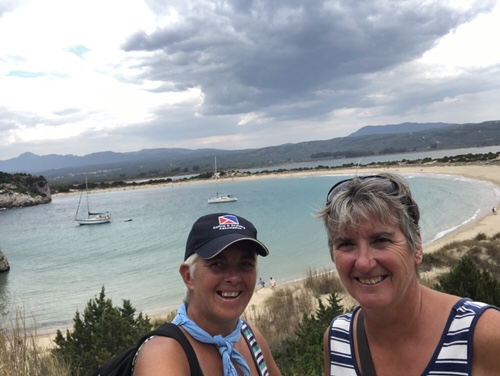 We walked up from the beach to the cave (only finding out later that there are snakes there!) and had wonderful views across the bay. 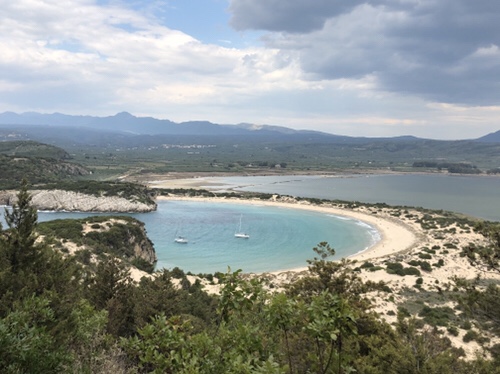 We needed to make our way back to Kalamata but popped into Pilos on the way home. This town was designed by the French after the battle of Navarino Bay and you can see it in the main square. Lovely place. It also has a castle that was originally built by the Turks in the 13th century. There were two museums, a church (once a mosque) and a Fort – all for €6 entrance fee.

The church/mosque at Pilos Castle

Kalamata is the main city in the Messinian region and is not a bad place to be stranded for a few days. The city has a long beach, extensive cycle ways and even a railway train park! The latter is an open space set in the old station (which is now a cafe) with a number of old train stock amongst the trees. A lovely space that is obviously enjoyed by the locals. We also met up with an old friend, Jaco, who moors his boat in the marina. 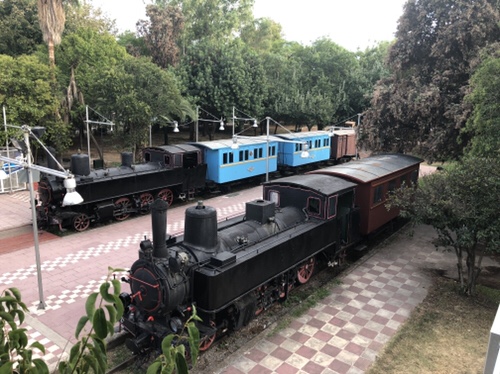