After a longish but uneventful motor from Alghero as there was either zero wind or dead on the nose for the first hour or so, we arrived at Porto Pollo at 0600 hours this morning. The sea was fairly calm so we had very little swell to contend with.

We were honoured to have yet another visit from a couple of dolphins around dusk last night but they were too far away to come out in a photo. It was relatively warm all night at 20 degrees but we still needed jackets from around midnight until arrival. It was only really dark between 1030 and 5 so it didn’t feel like a long night sail. We split the night into two watches so we both got at least three solid hours sleep.

Porto Pollo is a few miles south of the capital, Ajaccio, on the western side. We chose here as a landing as it had mooring buoys in a sheltered bay so we could moor up and then go straight to sleep without worrying about the anchor holding. And, as you know, we do try to avoid marinas if we can whilst on our travels, preferring mooring buoys or anchoring whenever possible.

Pictures of us on our passage over, a Sardinian sunset, Porto Pollo this morning and a map of Corsica. 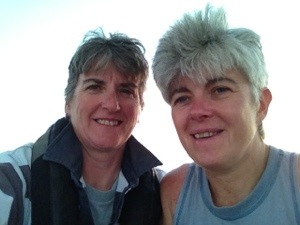 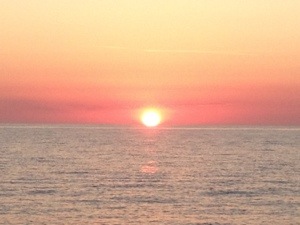 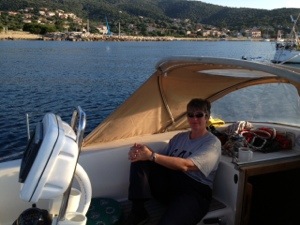 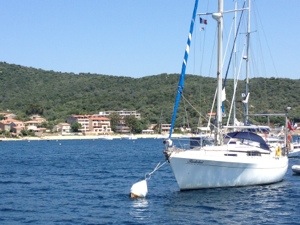 3 Responses to Arrived in Corsica