Yesterday we had a lazy morning as Ingrid and Jan Olav had a long day getting to us. We left Stabia around 1100 to sail over to the Island of Cápri approx 20nm away. The forecast was for a F4 from the S/SE but we were in the shadow of the mountains so we motored for the first hour. Then the wind kicked in and we had a great sail over to the island. We had intended to anchor off the NE corner but it was quite deep so we would have had a lot of chain out or we would have been too close to the rocks. There was one yacht in the perfect spot so we decided to go into the marina. It is renowned to be expensive as it’s a celebrity location with designer shops and gorgeous views. We were hoping that it is late enough in the season to be affordable. The wind was still quite strong as we entered the harbour so it was fun getting past all the other boats who had ‘popped in’ for Sunday lunch. All was going well and we were coming stern to between two boats and we picked up the lazy line only to find that it was stuck under a rock and wouldn’t budge! Those of you who have had the privilege of mooring stern to will know that if you don’t get the lazy line on quickly, you can drift easily. Added to that, some locals decided to help so mayhem ensured until we got them off the boat and sorted ourselves out.

Cápri has been inhabited for millennia and was ruled by the Greeks until Emperor Augustus swapped Ischia for Cápri. Tiberius ended his days here and through the centuries many celebrities have stayed on the island including Oscar Wilde, Jackie Onassis, Somerset Vaughan and Rita Heyworth. It has also been a haven for artists and writers. You can see why with its gorgeous vistas and light. Whilst the harbour area is very touristy, you can catch the furniculare up to the town proper which we did in the evening. We had a great, if expensive, meal at La Capannania. The town is full of exquisite shops down little alleyways and you can imagine this place in Roman or medieval times.

We were planning to leave around midday but wanted to explore the place a bit more. We walked through town and made our way to the south side of the island and walked to the SE corner to one of the grottoes and also a Arco Naturale – a magnificent natural arch. The whole walk was long but spectacular. By 1230 we needed to make a decision to return to the boat and leave or stop, have lunch and stay another night. You can guess which way we decided! On the way back to the boat, we bumped into some old friends of Ingrid’s who by chance had come over from Naples for the day! Of course we then had to have a drink with them so it was quite a liquid sort of day. After they left to catch their ferry, we wandered along the harbour wall to gaze at a tall ship that was anchored outside. Luckily, we had planned on Chicken Tagine for dinner on board so no one needed to get off the boat again which was just as well! So, it looks like it will be Amalfi tomorrow but who knows….

Pictures of Cápri, our walk and the tall ship. 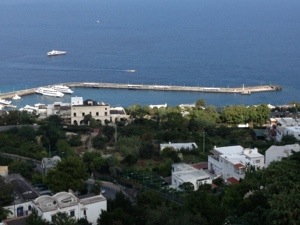 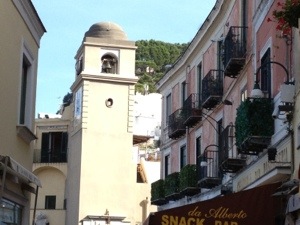 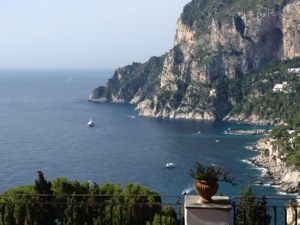 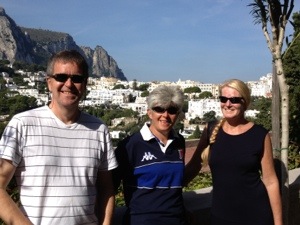 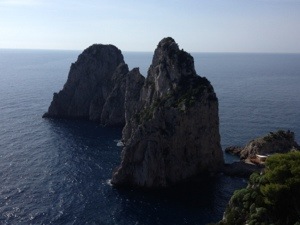 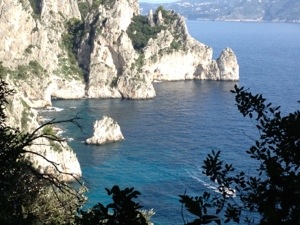 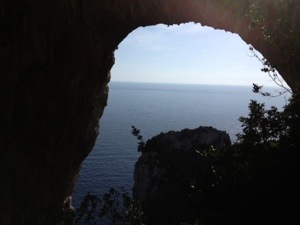 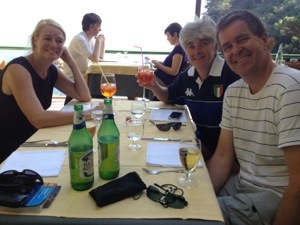 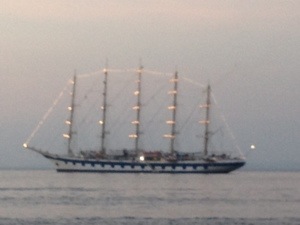